Will Warren Buffett’s $ 6 Billion Bet Help Boost the Japanese Stock Market? : President Abe has resigned but the sage of Omaha is not dissuaded

By Jeff Prestridge For The Mail on Sunday

The Japanese stock market, much neglected by British investors in recent years, is once again in the spotlight.

It follows President Shinzo Abe’s resignation to receive treatment for a long-lasting illness – and also confirmation of Warren Buffett’s multibillion-dollar investment in five of the nation’s biggest companies.

Both announcements, according to investment experts, will have implications for Japanese stocks.

Although President Abe will not leave until his successor is named, the stock market was initially unimpressed by his impending departure, falling sharply in response.

Yet it has since recouped most of those losses, helped in part by subsequent news of Buffett’s $ 6 billion investment in conglomerates Mitsubishi, Mitsui, Itochu, Sumitomo and Marubeni – referred to as “sogo sosha” or ” trading houses ”.

Buffett, 90, is the world’s most renowned investor and his investment firm Berkshire Hathaway has large stakes in some of the world’s biggest corporate brands such as Apple and Coca-Cola.

Through its wise investments, Berkshire Hathaway shares have provided shareholders with long-term average annual returns of 20%.

Most of the investment commentators contacted by Wealth on Friday believe the overall impact of these two announcements will be positive for the Japanese stock market.

Over the past year, the Nikkei 225 Index, a barometer of the stock price performance of major Japanese companies, has risen 11%, but fund managers believe the stock market remains undervalued relative to to other world markets.

Joe Bauernfreund is the manager of two investment funds with exposure to Japan: the £ 645million AVI Global Trust and the £ 108million AVI Japan Opportunity Trust.

He describes Buffett’s investment as an “interesting move”. He adds: “I have long argued that the Japanese stock market is cheap and Buffett seems to agree with me.

“The companies he supports are sprawling conglomerates and I imagine Buffett is hoping they will make him money as the Japanese economy and the wider global economy emerge from lockdown and COVID-19 . “

Bauernfreund does not own any of these companies in the portfolios of its trusts.

He adds: “In recent years, foreign institutions have been net sellers in the market. Perhaps Buffett will now trigger a shift in international sentiment and make some foreign investors realize that many Japanese companies will play an important role in any recovery in the global economy.

President Abe has been instrumental in overseeing corporate governance reform of listed companies in Japan, aimed at getting business owners to focus more on the financial interests of shareholders. 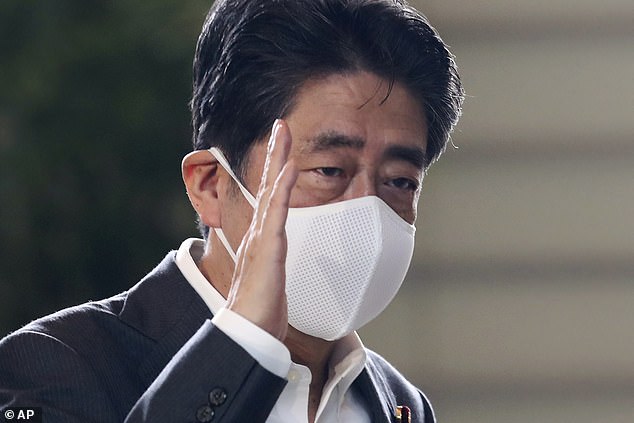 The result has been higher dividend payouts and more companies striving for profit – moves that have been the engines of a stronger stock market.

Sophia Li, co-manager of investment fund First State Japan Focus, said there were concerns that this emphasis on good corporate governance would disappear once Abe stepped down.

But she thinks otherwise, saying it has become an “irreversible trend”. She adds, “Japanese companies focus on shareholder performance and corporate governance. It has become a consensus.

Bauernfreund agrees. He says, “Improvements in corporate governance have been slow in coming, but changes are now ingrained in the psyche of many listed companies.

Abe’s resignation will not change that. The focus will continue to be on shareholder return. ‘

Some links in this article may be affiliate links. If you click on it, we can earn a small commission. This helps us fund This Is Money and keep it free to use. We do not write articles to promote products. We do not allow any commercial relationship to affect our editorial independence.

Is Now the Right Time to Invest ...