Corporate structure determines the fate of a nation

Once upon a time there was a boy in South Korea who lived in poverty, growing up with five siblings raised by his grandmother, in a one-bedroom apartment in Seoul’s poorest neighborhood.

Her father was a worker in a pen factory while her mother was a cleaner in a hotel.

Despite the adversity of life, he was extremely motivated and often motivated himself by writing Korean quotes in his own blood.

He was the first in his family to go to college and be admitted in 1986 to the prestigious Seoul National University. There he became familiar with the Internet and embarked on his entrepreneurial journey through technology.

This is Kim Beom-soo (also known as Brian Kim), the founder of internet giant Kakao. Kim passed Samsung heir Lee Jae-yong as the richest South Korean on June 23 with a net worth of US $ 16.2 billion (RM 67.1 billion) after the course of his company’s stock rose by more than 110% in 2021.

Aside from the heartwarming element of this rich history, what is particularly significant is the fact that South Korea’s economy has always been dominated by the “Chaebols” for most of the last century.

The word Chaebol is a combination of the South Korean words chae (wealth) and bol (clan or clique). This essentially means family conglomerates with businesses in various industries.

The chaebols rose to prominence after the Korean War of the 1950s, as they played a key role in lifting the war-torn nation out of poverty and rebuilding the economy for its citizens. It has relied heavily on government support as well as favorable policies to strengthen its position in the market. It was a win-win deal for the country as the government needed to create jobs, feed the people and develop the national economy. The chaebols became the main vehicle that moved the country forward.

Today, they have become so prominent that they have a dominant influence not only in South Korea but around the world with known names like Samsung, Hyundai, LG, SK and Lotte. The pie chart above shows the percentage of revenue to the country’s gross domestic product (GDP) for South Korea’s five largest conglomerates in 2019.

What is particularly fascinating is the concentration of wealth and influence on business entities like the Chaebols that can also be found in other Asian countries.

In Japan, there are the large general trading companies with hundreds of years of history known as “sogo shosha”. These companies have their roots in the 1800s, when Japan opened up to foreign trade during the Meiji era.

Many have moved from textile and steel makers to diversified industries in finance, real estate, banking, insurance, and automotive, among others. In Japan today, there are seven notable “sogo shosha”, namely Toyota Tsusho, Sojitz, Itochu, Marubeni, Mitsubishi, Mitsui and Sumitomo. Legendary investor Warren Buffett spent US $ 7 billion (RM 29 billion) in 2020, taking a 5% stake in five of them, according to Table 1.

Buffett rarely invests overseas as he perpetually believes in the prospect of the United States with his famous quote “never bet against America”. For Berkshire Hathaway, seeing the value of these “sogo shosha” indicates that these are quality, well-run businesses.

The reason Malaysia and Singapore have adopted this structure is due to the national agenda pursued by both countries over the past decades. Both were relatively young nations in the 1990s since gaining independence from the British. In order to stimulate economic growth and create vast private sector jobs for a growing population, GLC and GLIC have taken center stage.

According to a 2018 study by Jayant Menont of the Asian Development Bank, GLCs make up about half of FBM KLCI and make up seven of the top 10 listed companies in 2018.

Globally, Malaysia ranks fifth in terms of GLC influence on the economy. These results were corroborated by the research of Professor Terence Gomez which showed how seven GLICs directly and indirectly control 68,000 companies.

In addition, they own a majority stake in 35 publicly traded companies and then control 42% of the market capitalization of all of Bursa Malaysia. The seven GLICs highlighted were Minister of Finance Inc, Permodalan Nasional Bhd, Khazanah Nasional Bhd, Kumpulan Wang Persaraan, Employees Provident Fund, Lembaga Tabung Haji and Lembaga Tabung Angkatan Tentera.

While I do not wish to dwell on the performance of the GLC and GLIC in this column, I do believe that their existence has merits. This parallel is mainly drawn to show how the economy of our country is driven by certain business structures.

In May 2004, the GLC transformation program was launched by the government to improve financial performance, institutionalize good governance and make impactful contributions to national socio-economic development. On August 12, former Prime Minister Tan Sri Muhyiddin Yassin launched a three-year Perkukuh Pelaburan Rakyat program to reform and sustain the GLIC to ensure it remains relevant in the long term. 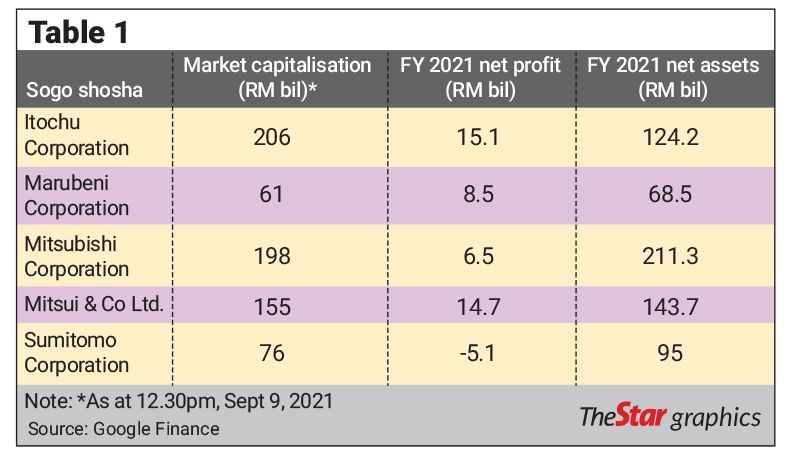 Whatever their value, GLC and GLIC have a very important role to play in the Malaysian economy, more than ever due to the economic crisis caused by the Covid-19 pandemic.

Official statistics show that there are 900,000 small and medium-sized enterprises (SMEs) in the country which hire 50% of the workforce (an estimated 7.3 million people). The contribution of SMEs to the economy amounts to 38% in 2020 amounting to 512.8 billion RM. This underlines the importance of SMEs in the structure of our economy as a whole. Despite this, SMEs have been hit the hardest in terms of economic impact due to the pandemic.

A good place to start for the GLC and GLIC is to help support and rebuild SMEs while nurturing next generation entrepreneurial talents that will bring the private sector to life beyond the traditional ecosystem. This means producing talents who can become entrepreneurs, which the company will in turn help to develop Malaysia’s economic basin.

Kim spent five years working in the computer services group of the Samsung subsidiary before raising US $ 184,000 (RM 763,000) from friends and family to start an online games company.

Self-made billionaire Lee Hae Jin who founded Naver, the South Korean equivalent of Google which also owns the popular Line messaging app, had also worked at Samsung SDS where he met Kim. The two self-taught entrepreneurs started out in a Chaebol to venture out and were successful in creating a nation-changing business.

Whether it is Chaebol, “Sogo shosha” or GLC, whatever business structure is adopted to boost a nation’s economy, it is good to have a healthy balance and serve the greater good of the people. In addition to the usual metrics such as job opportunities, career development, salary growth, these corporate vehicles need to be able to keep pace by staying ahead of and competitive with their regional peers.

There is no point in being a “Jaguh Kampung” but to fall behind compared to other countries. In the short term it can solve problems, but in the long term it will cause structural damage that would be difficult to overcome.

Hann, is the author of Once Upon A Time In Bursa. He is a lawyer and former chief strategist of a Fortune 500 company. The opinions expressed here are those of the author.